September 29, 2020By David Kennedy Presented by: 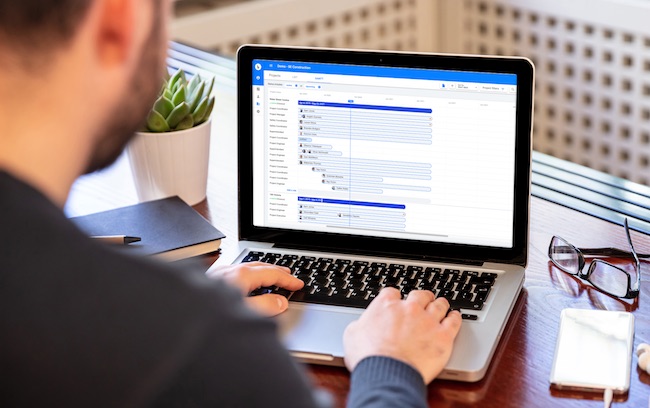 About 50 staff, Mallorie Brodie says, is the point it becomes extremely tough for operations managers to keep on top of their on-site employees. At that stage, the traditional spreadsheet method for tracking what workers are on what job, who has the right experience to step into a role and what members of the team are over- or under-burdened, starts to break down, the CEO and co-founder of Bridgit Inc. says.

“Could they take on more jobs with their current team size? Did they need to hire more people? Were they putting the best-fit person to the appropriate role?” she asked, breaking down a few of the issues the tech firm set out to solve with its newest product. “It was very difficult and time consuming to track that in Excel.”

Bridgit’s solution, known as Bench, launched last May and has helped propel the Kitchener, Ont.-based company to a new phase in its growth. Last week, it was named as one of Canada’s Top Growing Companies by The Globe and Mail for the second straight year, posting nearly 600 per cent growth on Bench over the past 12 months.

The strong uptake is indicative of how the platform simplifies workforce management for general contractors, as well as the construction industry’s increased willingness to turn to technology to solve long-nagging issues.

“There’s been so much investment in construction technology over the last number of years that it’s just a matter of time before most parts of the business are digitized,” Brodie said. “Workforce planning was just one of the areas that hadn’t yet seen that digitization.” 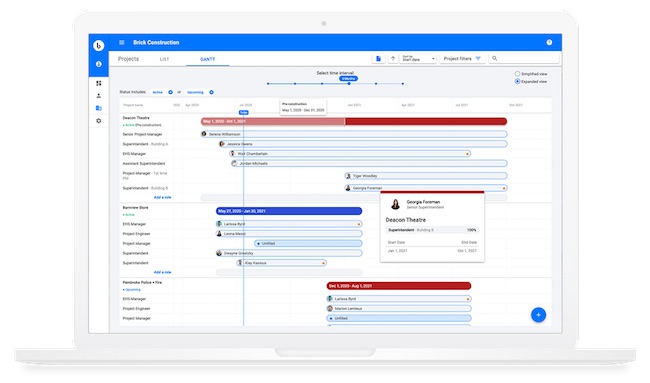 The platform aims to streamline resource and project planning for GCs. PHOTO: Bridgit

Bench maps out projects and staff using Gantt charts, plotting information that was once restricted to spreadsheets, or relegated to an operations manager’s memory. Contractors create profiles for their staff members, recording what certifications they have, what types of projects they’ve work on previously, what languages they speak, how far they’re willing to commute, and other such metrics, to help simplify putting together a crew.

The platform also measures current workload and makes recommendations to fill vacant space on projects. As Bridgit continues to build out the software, the company anticipates artificial intelligence playing more and more of role in helping operations teams make staffing decisions. Using AI to make effective recommendations will require a huge number of data points, but contractors are continually adding to their worker profiles. For instance, some GCs have already built in as many as 50 different details about their staff members, Brodie noted. Automation is also there to help operations teams avoid basic data entry. Details such as an employee’s project history are kept up-to-date automatically.

Like other advances filtering into construction, Bench is designed to smooth out what has historically been an error-prone, manual process. 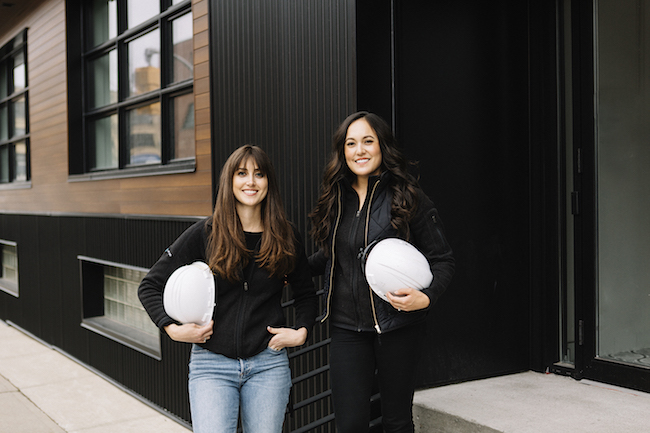 Already showing strong industry adoption since launching last year, Brigit saw use of the platform surge this spring as contractors adjusted to staff working from home in the early months of the COVID-19 pandemic. Though tracking what sites employees had worked on for contact tracing purposes was certainly not part of Bench’s original aim, Brodie said it is another area clients have been able to glean value.

“Understanding where people have been — which projects they’ve been to — with COVID has been of importance for companies to really understand,” she said.

Currently, Bench is geared toward GCs. Bridgit has attracted more than 80 major industry players in both Canada and the U.S., with Broccolini and SkyGrid being two prominent Canadian examples. In the U.S., the tech firm has secured 30 of the largest 400 builders as customers.

Along with Bench, Bridgit offers a platform called Field that digitizes punch lists and simplifies inspections. It was the solution that gave the company its start in 2014, but being a more mature product, Brodie said the company’s focus has now turned to building out Bench.

To continue scaling up its business, this June Bridgit closed a US$7 million strategic investment round led by Autodesk. In addition to adding new functionality to Bench, the Kitchener start-up is working on expanding to new markets beyond North America.

Subcontractors, and others in construction in need of a workforce management tool, should also stay tuned. Brodie said the company is working on broadening the functionality of Bench to benefit industry stakeholders beyond general contractors.