Roles held by women in construction increase slightly despite pandemic 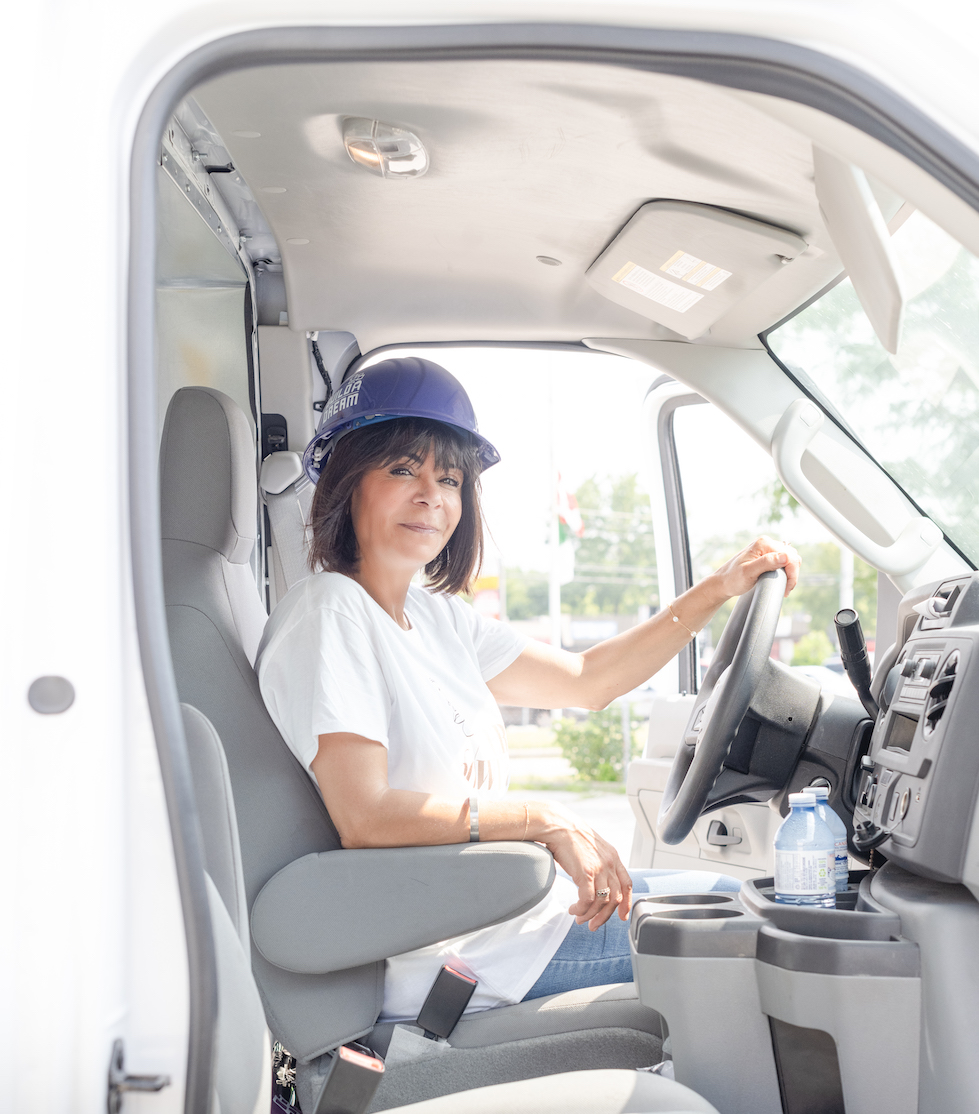 The COVID-19 pandemic kept construction crews off sites last spring, stalled projects throughout the year and prompted lingering job losses, but it did not derail recent gains for women in the industry.

The tough 2020 labour market meant roughly 20,000 fewer men and 1,700 fewer women were employed in construction compared to 2019. On a relative basis, however, women posted small gains, according to the latest data from BuildForce Canada, released earlier this year.

Women made up 13.36 per cent of those employed in the Canadian construction industry last year, compared to 13.28 per cent the year before. Though modest, the increase in representation during a challenging year continues a slow, years-long shift toward more women in both on- and off-site roles.

“When you look at women in the off-site professions in the construction industry, they account now for about 41 per cent. So, it’s still not where it should be, but that number has been increasing and I think it’s reflective of the fact that you’re starting to see more women coming out of engineering programs,” he said in an interview this spring, pointing to administrative, legal and HR positions as other areas of strength.

On job sites, where women remain outnumbered nearly 20 to one, Ferreira says longstanding issues with basics such as ill-fitting steel toe boots and other safety gear have been one part of the problem.

“It’s no fun walking around a construction site with four pairs of socks on just try to fill out your boots so you can actually comply with the safety regulations,” Ferreira says, adding that these gear gaps have begun to close in recent years.

Industry associations, governments and contractors themselves are also making concerted efforts to alter construction’s image as unwelcoming to women as the skilled labour shortage threatens to dent industry growth.

“Employers are waking up to the idea that women have to be part of the labour force solution going forward and they are implementing measures to make women more comfortable in the trades than ever before,” Ferreira says.

Luana Buratynski, president of the Canadian Association of Women in Construction (CAWIC), says she has seen a substantial shift in attitude during her 12 years in the industry at the individual and company level.

But the “old-school” mentality has not disappeared entirely.

“There’s a lot of work still in some of these male-dominated companies to have the women lead more,” Buratynski says, pointing specifically to getting more women beyond entry-level positions and on a management track.

CAWIC aims to do just that. The Toronto-based not-for-profit hosts mentoring and networking events, runs a bursary program for women training to join the industry and offers career leadership programs designed to help women advance their careers in construction.

Women made up 13.36 per cent of those employed in the Canadian construction industry last year, compared to 13.28 per cent the year before.

“More and more women are wanting to be invested and support other women to work together in the construction industry,” says Buratynski, who is also the technical sales and business development lead for Northern Facades — a division of the Flynn Group of Companies.

Despite — or because of — the pandemic, CAWIC has bolstered its ranks over the past 18 months. It has doubled its membership to over 200 during COVID and is working to open a new chapter in Western Canada to broaden its outreach.

Buratynski says the stay-at-home challenges created by the pandemic encouraged more women to connect, while the shift to virtual learning gives the association’s online leadership courses wider appeal. Though an independent group, CAWIC is affiliated with the Texas-based National Association of Women in Construction (NAWIC), which has more than 100 chapters across the U.S.

While CAWIC has been gaining traction, COVID-19 has been a challenge for women in construction, Buratynski says.

“Working from home and balancing kids while they’re still in school, or homeschooling, a lot of the women take on bigger loads than the men, and for them to jump for new opportunities, they can’t until the pandemic is over and they’re back at school,” she says.

With COVID cases appearing to be on the wane across Canada, Buratynski anticipates more women in the industry being able to refocus on advancing their careers come September.

Along with fostering a more representative industry, attracting more women to construction, will help solve the sector’s skilled labour shortage, Buratynski and Ferreira say. According to BuildForce, with a large cohort of construction’s current workforce headed for retirement in the next 10 years, employers will need to recruit 309,000 workers by 2030.

“When you look at the gender breakdown, the fastest way and probably the easiest way for the industry to meet that demand would actually be to increase its recruitment of women working in the trades,” he adds.

Ferreira is optimistic about the eventual results, but said the shift will not happen overnight.

“It’s not a simple fix,” he says. “You can’t just invest in a marketing program and do it for a little while and expect you’re going to see significant results. This is going to have to be a continual effort for the industry to reach out to women and market careers in the trades to women.”

David Kennedy is a business journalist and the former editor of our partner magazine On-Site.

Related
Despite pandemic, women carved out slightly larger role in construction last year
Editorial: A growing opportunity to recruit women in construction
Women in Construction: On Demand Sessions
Women made small gains on job sites in 2019, but remain heavily outnumbered throughout construction