Profile: Getting the job done as a mother and crane operator apprentice

When working towards a Mobile Crane Red Seal certification it’s uncommon to complete the written portion before filling in the required hours, but that’s what Apprentice Crane Operator at Irving Equipment Rachel McCoy has done.

“I wrote the block in 2020. I don’t have the hours to qualify for Red Seal yet but I’ve passed the exam, so the hard part is over,” says McCoy. “It’s not common to go this route, but because there are such few people in the trade, especially women, it could be another three or four years before there another exam, so it’s nice to have out of the way.” 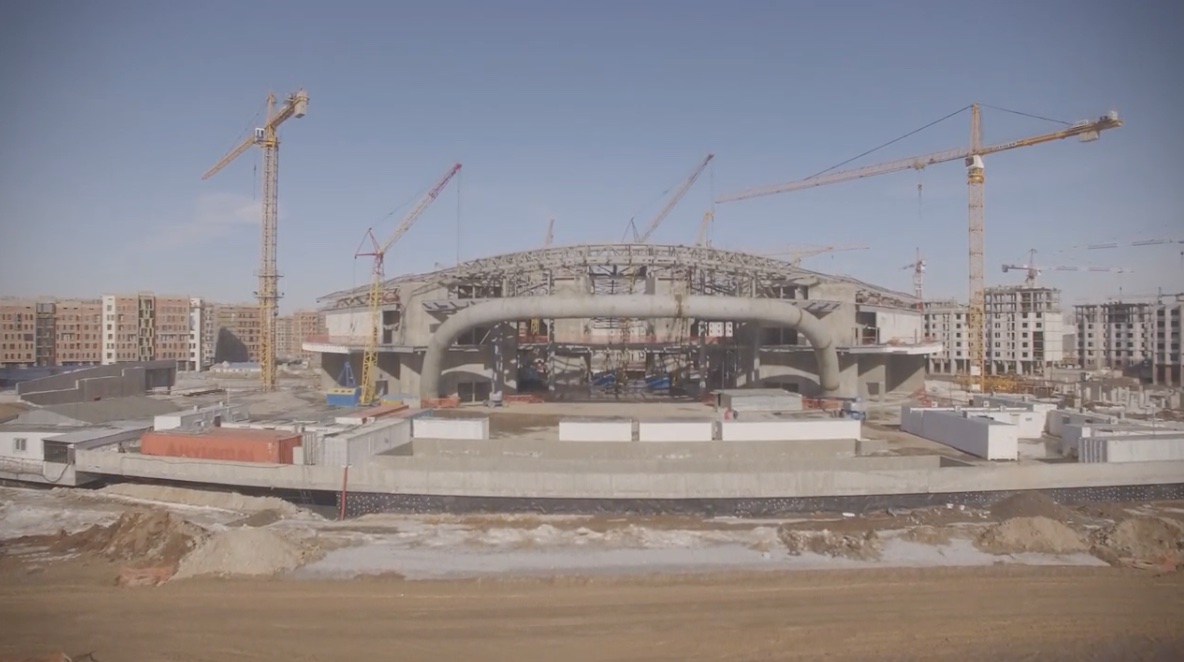 McCoy completed a Mobile Crane Operator course in 2014 at the Miramichi campus of New Brunswick Community College. The 14-week training service was designed to develop certified Mobile Crane Operators with the knowledge and skills necessary in the rigging and hoisting activity associated with the construction industry. She found her way to Irving Equipment through Irving’s New Boots program. A program aimed to attract, support, and retain underrepresented groups in non-traditional skilled trades.

“Rachel is an apprentice from the community college. As part of our efforts to grow opportunities with underrepresented groups in the workforce, we partner with New Boots which is focused on skilled trades for women. Rachel is part of that program. Typically, the challenge for new operators is getting the hours to complete ‘blocks’ towards an ultimate Red Seal designation,” said Mary Keith, vice-president of communications at Irving. “Rachel came recommended with a very enthusiastic vote of confidence from the managers at Irving Equipment for her professionalism.”

“She’s a very good ambassador for women in construction and trades, presenting herself in a way as if gender doesn’t enter the equation. It’s about someone’s skill set and capabilities,” said Keith.

McCoy’s father and two younger brothers are also in trades. So, she comes from a background of family in trades and remembers as a young child wanting to interact with the machines her dad would bring home.

“I saw a lot of people in my life working in trades or construction and always thought it looked interesting. My dad would bring his boom truck home and I would see it in our yard quite a bit. I’d ask dad if I could go out and play with it—I guess I just always wanted to be behind the controls.”

To date McCoy is fully certified to operate cranes 20 tons and under. So she operates a lot of picker cranes and has had training on boom trucks, rough terrain cranes, and crawler cranes—including mobbing and demobbing. 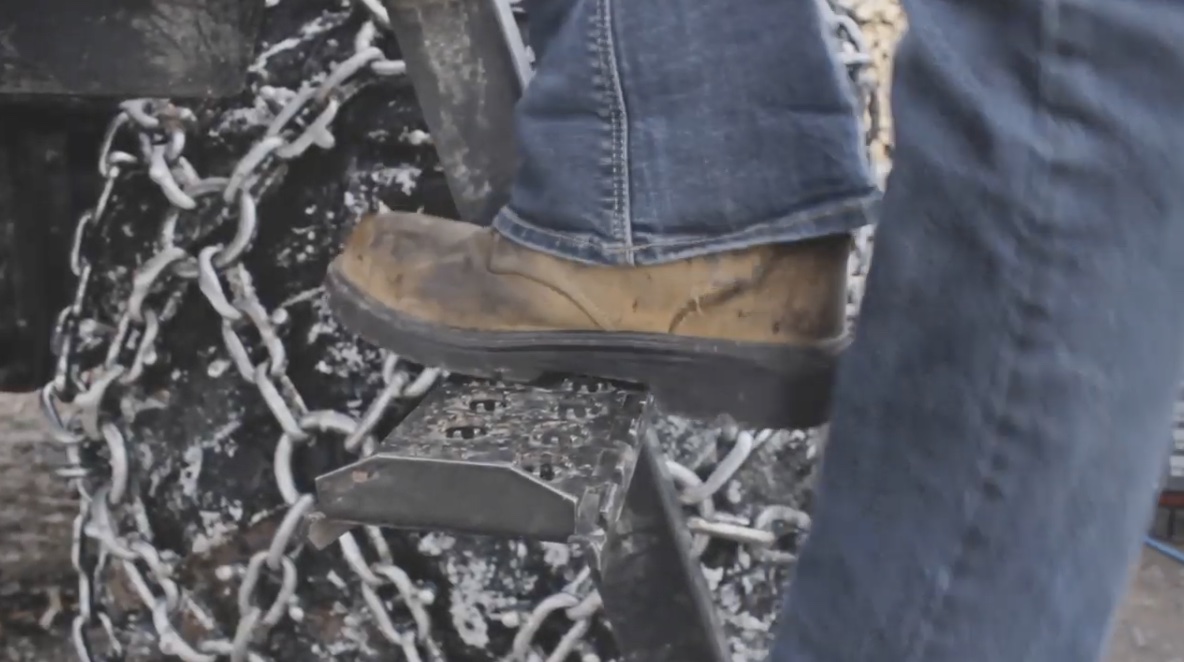 “I really enjoy mobbing and demob—setting up and tearing down of cranes when and where they’re needed. A goal of mine is to someday operate one of those entirely by myself and be in charge of a crawler crane.”

She says the life of a crane operator takes a lot of focus. “Every job that you go to, none of them are going to be the same. You have to be able to work in all sorts of environments; know how much an item weighs, what you can and cannot pick up, where you are, who’s around you, the terrain you’re in, and a lot more on top of that. It’s a great feeling when you can leave at the end of the day knowing everything went smooth.”

McCoy says it would be great to see more women in the industry and not to shy away from trying it out for yourself.

“It’s never really bothered me that there aren’t more women in trades, but it really would be amazing to see more women take their interests as I did and just go for it,” she said. There are less than 10 certified female crane operators in the province so McCoy said she would love to see more, adding that drawing attention to and promoting more women in construction is the best way to see that happen.

“Things like this; profiles, interviews. Anything to really get it out there for more women to see crane operating and trades as a viable and great career path. The biggest challenge I hear from women about joining the industry is how hard it can be to find work at times in New Brunswick. Sometimes you may need to travel, so it’s understandable that it doesn’t work for some lifestyles.”

McCoy has two children, five years old and two years old, and when she isn’t working or travelling to and from work, she loves to spend time with her family outside or inside baking with her kids. “I’m quite busy, driving an hour and a half every day for work, but I’m still able to find time to spend with my family. I worked while pregnant with one of my children up until four days before the due date. Anything is possible if you’re willing to work for it and put your mind to it.” 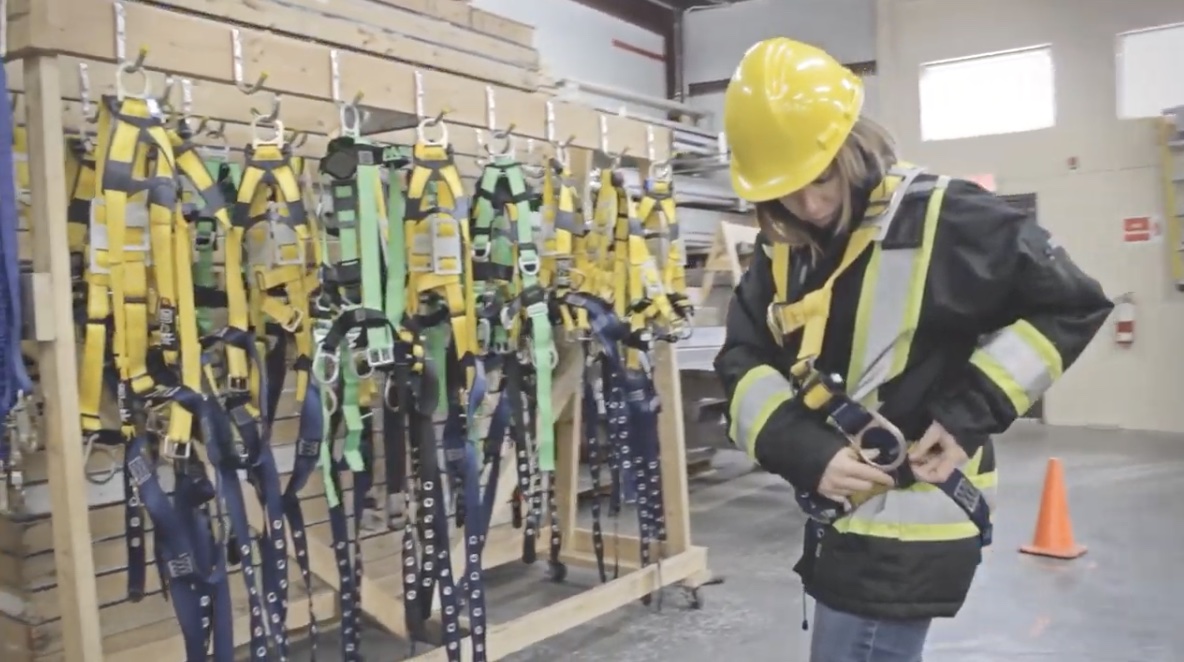 To Apprentice Crane Operate McCoy, she has heard that women are a big benefit to the industry in the sense that they tend to have a different mindset and way of thinking to bring to a team.

“Women can be a little more precise with things. Be more kind on equipment. And tend to have less ego on the job. Sometimes I see men out there trying to prove themselves to one another and I don’t see women approach those interactions with the same mindset.”

When asked what advice McCoy would give to a friend considering joining the industry, she says to just go for it.

“Go for it. Give it a try. You’re not going to lose out. If anything, you’re going to gain valuable experience to take with you wherever you end up in life,” McCoy.

“Being in construction with young children can be difficult. With me, I don’t know exactly where I’m going to be working every day, or how long a job will take. It all comes down to your support system. If you have the right people supporting you it makes the job and all the challenges that come with it much easier.”