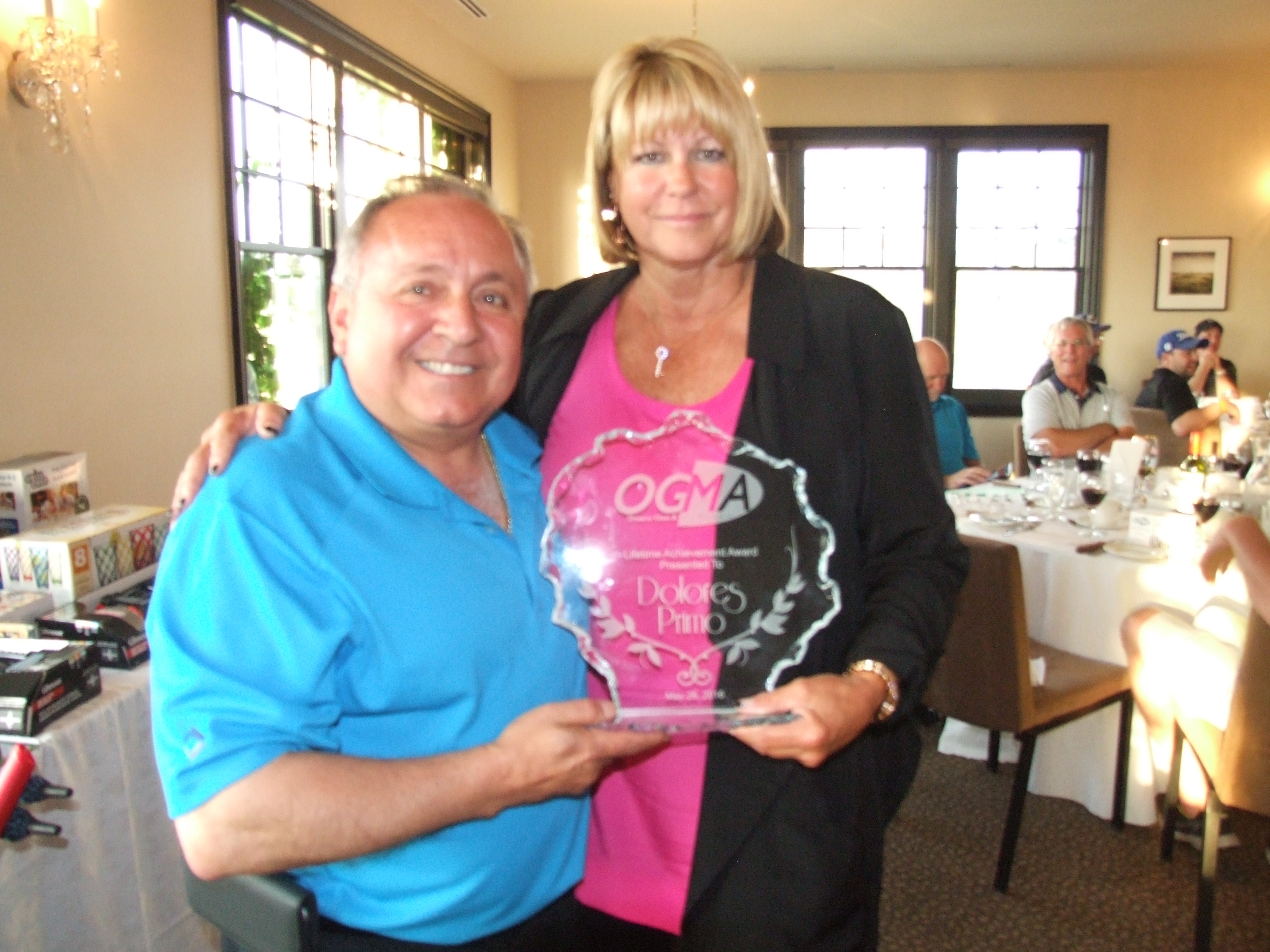 Dolores Primo was given the Ontario Glass and Metal Association’s Lifetime Achievement Award at its spring golf tournament May 26. The presentation marked the first time a woman has won the award. Ennio Rea of Trulite, an OGMA director, noted Primo’s many groundbreaking accomplishments over a remarkable 38-year career.

Primo started in the glass industry with Pilkington Glass in Concord, Ont., in 1971 as a purchasing clerk. She worked there until 1979, cross-training for many other roles in the company. She became office manager at Byrne Glass briefly in 1979, then moved to Tempglass in 1980 where she started on the order desk. It was at Tempglass where she had to fight against some old-school attitudes to advance to an outside sales position, landing the job in 1981. According to Rea, Primo was the first woman sales representative in the glass industry in Ontario. She excelled in the role, staying with Tempglass and later Indalglass until 1988.

After a brief stint with Walker Atlantic, Primo was contacted by Art Adler to start up a company with him and John DiMarco. Together with Rea, Ivan Martintoni, Larry Varey and Bruce Cook they built Armourguard into a $5 million company before selling to HGP (now Oldcastle Glass) in 1997. Primo was general manager of the operation. After the sale she went with the new owners, helping Oldcastle establish a new plant location in Concord and a new sales benchmark of $7 million.

In August, 2003, Primo left to start ProTemp Glass in partnership with Martintoni and Gianfranco DiMarco. By the time she retired in 2009, ProTemp’s sales were about $25 million annually.

Primo thanked everyone at the OGMA and all her friends in the industry, saying she was honoured to be recognized.