Helmets to Hardhats puts vets on the road to new careers 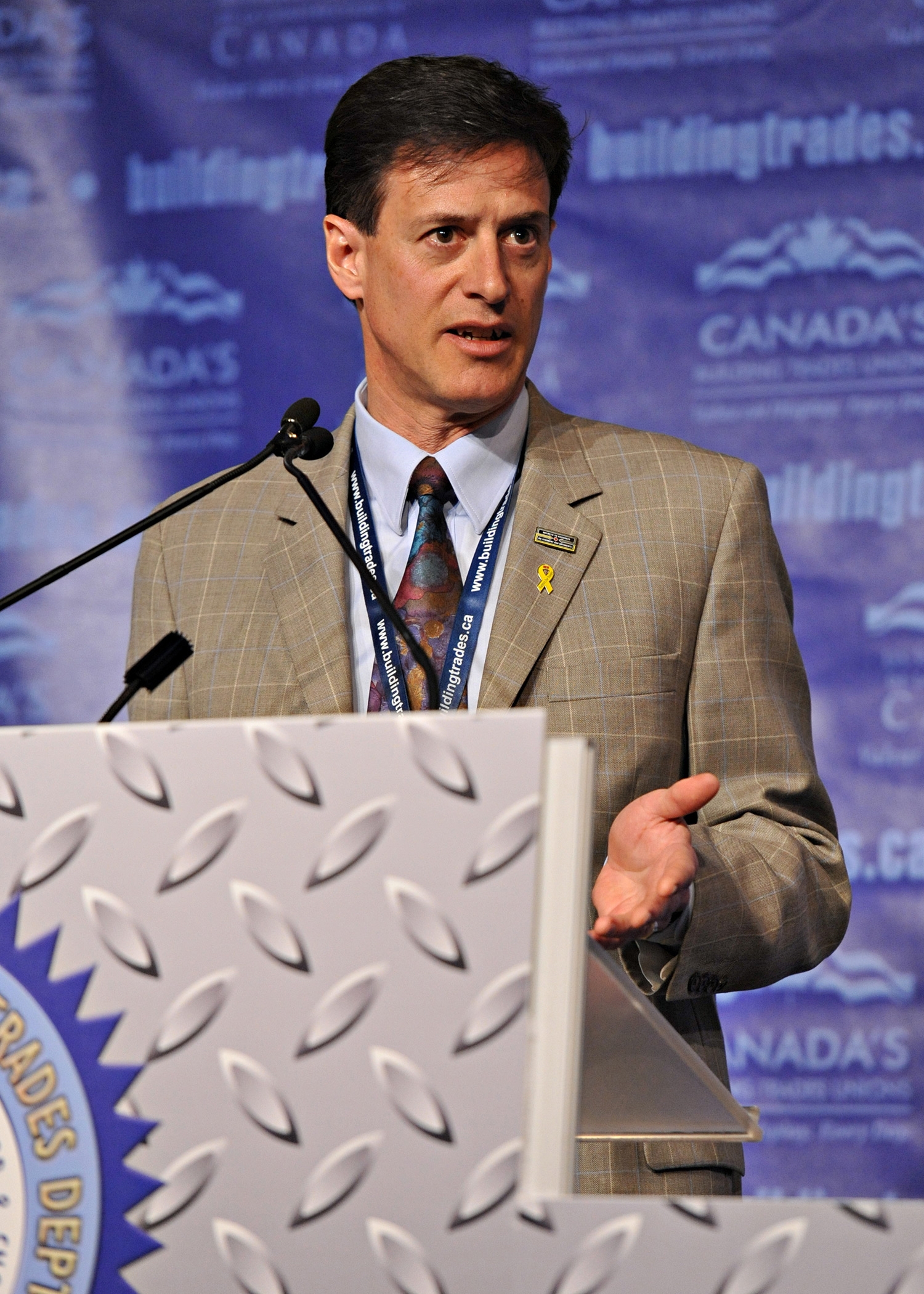 The Helmets to Hardhats (H2H) initiative helps connect outgoing military personnel and their families with training opportunities to enter the construction industry. The program provides a benefit to both groups – helping the industry address crucial shortages of skilled labour and helping military veterans hit the ground running in the next phase of their lives.

“The initiative actually began in 2003 in the United States,” explains H2H Canada executive director Greg Matte. “If you recall, 2003 was the same time that America decided to reinvade Iraq with ground troops and they were there for a number of years. It was also a period of time in the construction industry in America where there was a shortfall of good skilled workers.”

Joseph Maloney, a Canadian working with the Building & Construction Trades Department, suggested that there would be many reservists and part-timers returning home from Iraq looking for work. Maloney was placed in charge of the initiative and was able to secure funding from congress to get the program up and running. He then returned home to establish the Canadian equivalent, which was announced by former Prime Minister Stephen Harper in January 2012. Matte, a retired Brigadier-General and former fighter pilot, was immediately intrigued and applied to the national competition for an executive director.

“It appealed to me because I’m a military child,” says Matte. “I grew up in the military, I spent 25 years in the military. They found my background of interest and brought me in. From May of 2012, Helmets to Hardhats Canada began operating and we’ve been going ever since.”

Results likely only half the picture
H2H Canada is a very small operation in terms of staffing. There are only three full-time staff and one part-time webmaster, all veterans. Matte describes their work as being like an online dating service, but the potential suitors are military veterans and union halls looking for apprentices.

“We open the door and find pathways for the veterans to get into an apprenticeship so they can undertake the training required to eventually get the journeyperson certificate in whatever trade it may be; and to then carry on with a career in the building trades.”

Matte can confirm that they have helped over 635 veterans begin careers in the construction trades since 2012, working out to one every three days. However, he’s confident that the actual number would be double that or even higher. Between the small size of H2H’s staff and the huge number of union locals and contractors being dealt with, tracking results is often difficult.

“We always ask to let us know if things work out,” says Matte. “They usually get back to us if things don’t work out but when they do work out, quite often they don’t even tell us. They just kind of keep moving forward and forget about us. We often get the results of successful placements through the union training coordinators, through the union halls and sometimes from the vets themselves. Despite many efforts to improve on the tracking, we’re pretty confident that the number is much higher.”

H2H applicants
Most H2H applicants range in age from 28 to 42 years of age, and come from the army, often from occupations such as infantry, artillery or armoured operations. Veterans with these experiences often have a harder time translating their skills to the civilian job market in comparison to someone who had been working as a mechanic on a vehicle, for example. Matte says, however, that the skillset is really irrelevant to potential employers. Skills can be taught, but the qualities that allow someone to work in the military are very attractive to construction employers.

“What they’re looking for is the quality of the individual – that’s why the military is so appealing,” says Matte. “They want people who are going to show up on time, that are going to be professional about their work and take pride in it. They want people that are able to show initiative and eventually become site-supervisors and foremen – people with leadership abilities. These kinds of qualities and maturity are found in military veterans even if they’ve only done a short stint of three to five years, which is not uncommon. Once they get their qualifications, I’m very confident that they will find themselves in leadership positions either on the jobsite or in the union hall as executives.”

Challenges
The biggest difficulty with H2H’s model is that the needs of each individual veteran are often very personalized. Between fluctuations in the economy and related opportunities, it can be difficult to match a veteran with their exact preferences.

“We quite often find it challenging to align the stars for a veteran to find the trade that they would like in the part of Canada they would like to be and to be ready to get underway when they’re ready to get underway,” says Matte. “Sometimes they will contact us and start the discussion while they’re still serving and they’re quite interested in trying to make the timing perfect – they get out one day and the next day they start. But that’s not how things work in the construction industry because the training cycles are often fixed and the economy determines where the employment opportunities are, which is a key element of getting into an apprenticeship. You have to be indentured to an employer.”

On the other hand, Matte says that if veterans are open to more flexible time frames, or are not set on being in a specific region, there’s a greater probability that they can get them started sooner in the trade they want.

“Fortunately, military people tend to be nomadic in the sense that we do move around a lot,” says Matte. “Those that retire after 20 years of service are afforded the opportunity for a fully paid move anywhere in Canada. So they have that option as well.”

Lobbying government
In addition to their direct work with veterans, H2H has lobbied for a variety of veteran-specific government initiatives. They successfully lobbied all-but-one provincial government to recognize military commercial vehicle licenses, thus removing the need for veterans to obtain a separate civilian commercial vehicle license. They have also lobbied strongly for bill C-42, which is currently before Parliament. The bill would provide funding for former military personnel to obtain training or education. Some veterans who H2H speak to, for example, would be good candidates but cannot afford to pay for their training or to pay for living expenses while pursuing their training.

“I’m very proud of the program,” says Matte. “I believe in what we’re doing. It’s very fulfilling and very rewarding every time a veteran gets accepted into an apprenticeship and into a union and a new career. We know that’s really a game changer, transforming their lives.”