At home in the woodshop – Farah Jhuman, Mazenga Building Group

I am nominating Farah based on her exceptional skills as a project manager, overseeing three key projects for Mazenga Building Group.  She manages multiple construction projects ensuring quality, schedule, and budget requirements are controlled and documented. She also manages the procurement and tendering of projects by assessing drawings and specifications, including drafting division specific scopes of work, issuance of bid documents, leading tender closings, completing bid analysis’ and trade interviews, executing client recommendations, issuing letters of awards, and reviewing subtrade contracts. In addition to Farah’s experience as a Project Manager, she also worked as an estimator with Gillam Group. 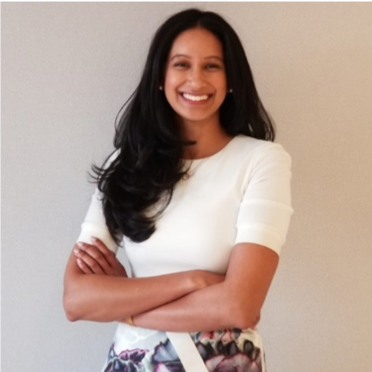 Farah was also a Professor at George Brown College in Winter 2016 for Project Management in the Building Renovations Technology Advanced Degree Program.  The program focused on construction management in the residential sector including management of trades, financials, creating business plans and proposals, project administration, scheduling & budgeting.  Farah was also an interim teacher at Albert Campbell C.I. and Central Tech C.I. for construction engineering.

Inspiration to entry the Construction Industry

In grade 12, Farah spent endless hours in the guidance counsellor’s office trying to “find her passion”. Her parents had the expectation that she would go to university.  However, the woodshop was the only place that she truly wanted to be, but she never considered it a viable career option until she met an inspiring teacher that challenged all her preconceived notions.

Farah was having a challenging day, as most teenagers do, and decided to go to her safe place – the woodshop.  She told Mr. Pedersen that she was feeling like a useless piece of scrap wood. He presented to her a scrap piece of wood and Farah confirmed that is how useless she felt.  20 minutes later, Mr. Pedersen returned with the same offcut shaped into a whale (it even had eyes) and he said to Farah, “even scrap wood has potential.” That moment, Farah realized that she wanted to pursue a career in construction.

In the weeks that followed, Mr. Pedersen and Farah researched a variety of programs in the construction industry.  At that time, she had no idea that those programs or careers even existed, but she knew it was her natural next step. I submitted my application to George Brown for Building Renovations.  That September, Farah started her education in the construction industry, forming part of the 2% of women in the program.  Her mom kept all her university acceptance letters in case she changed her mind (she still has not!).

Challenges Faced in the Construction Industry

Entering the construction program at Seneca College, Farah quickly realized that women make up only 2% of the class. Upon graduation, her male peers were receiving job offers without trying and she was told by HR leaders in Toronto’s large construction firms to “stick with an office job”.  Farah has had to overcome assumptions about her abilities to do work traditional done by men.  She knows the industry is starting to change and is determined to continue to pursue her passion and encouraging more women to pursue a career in construction.  She is seeing some changes, for example, when she was a professor, she noticed more women in her class than when she was a student.  She also sees more women in construction now on social media platforms.  Moreover, at Mazenga Building Group, Farah has found success and fulfillment because she can tangibly see that opportunities are available for women. For the first time, Farah is seeing a woman in a management role.